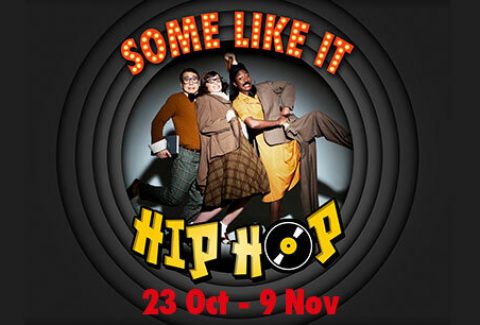 Kate Prince brings Some Like It Hip Hop back to the West End stage for a limited run!
OfferWas £35 Now £27 Saving £8
From £22.00
Book Tickets

With a nod to Billy Wilder’s Some Like It Hot and Shakespeare’s Twelfth Night, it tells a comical tale of love, mistaken identity, cross-dressing and revolution, all played out in ZooNation’s trademark style of hip hop, comedy and physical theatre. Directed by Sadler’s Wells Associate Artist Kate Prince, Some Like It Hip Hop also features a ground-shaking original soundtrack, live singing and some of the UK’s top hip hop dance talent.

Children under 7 will not be admitted.