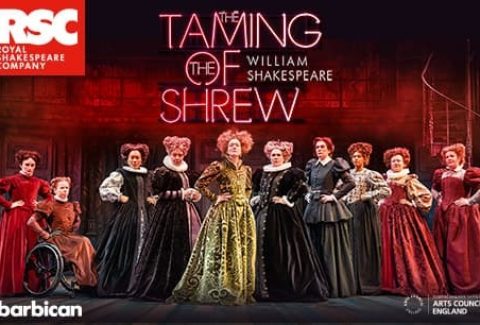 The Taming of the Shrew

The Taming of the Shrew at London's Barbican retells the classic with a hierarchy flipping twist
OfferWas £57.50 Now £35 Saving £22
From £57.00
Book Tickets

The ultimate battle of the sexes is turned on its head in this ‘deftly provocative and exuberantly entertaining’ (The Times) production in which the 1590s are reimagined – with women in charge.

In this radical take on Shakespeare’s fierce and energetic comedy of gender, Baptista Minola is seeking to marry off her two sons, the sweet-tempered Bianco and the rebellious Katherine. Cue an explosive courtship and a keenly witty portrayal of hierarchy and control.

Taking inspiration from the novel The Power by Naomi Alderman, Justin Audibert directs a revelatory The Taming of the Shrew, set in a matriarchal world, with sumptuous Elizabethan costumes.

A post-show talk that is free for same-day ticket holders will be held on Monday, 16 December 2019. A Weekend Lab led by Justin Audibert will be held from 18 to 19 January 2020.