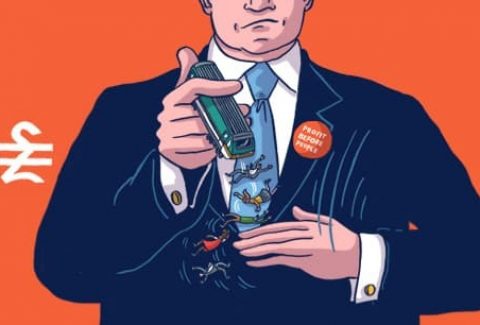 David Hare's The Permanent Way arrives at The Vaults
From £30.00
Book Tickets

Revelatory, witty, and moving, The Permanent Way is an astonishing interrogation of the chaos arising from the botched privatisation of Britain’s railways. Told through the first-hand accounts of those involved at every level, from passengers to Civil Service mandarins, this extraordinary verbatim piece asks challenging questions of responsibility and governmental mismanagement. Have we learned anything from recent history?

“A searing piece of documentary theatre” The Evening Standard
“Hare has made a serious, provocative, dramatically gripping contribution to an argument of urgent interest to us all” The Times
“This intricately detailed study of a fatal privatisation is that very rare thing: a vitally necessary piece of theatre” Michael Billington, The Guardian
Praise from the premiere run, Out Of Joint 2003

Casting to be announced.

This production is recommended for ages 14+ children 10 and under will not be admitted.

First-class tickets holders will be sat in the front rows of the theatre in a reserved seating area while standard class ticket holders will have unreserved, first come first served seating in the back rows. Please take care to arrive in plenty of time for the performance. Latecomers will not be admitted and there is no interval. Please note the producers reserve the right to request photo ID to be provided on entry matching the name on tickets. Tickets which have been resold are rendered void.