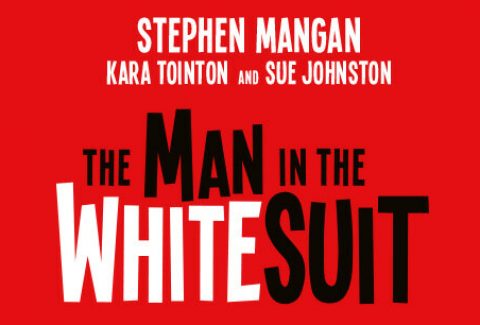 The Man in the White Suit

The World Premiere of The Man in the White Suit starring Stephen Mangan and Kara Tointon
OfferWas £70 Now £35 Saving £35
From £15.00
Book Tickets

£15 with no booking fees

Join an incredible cast, including Stephen Mangan (Episodes, Jeeves and Wooster), Kara Tointon (Eastenders, Pygmalion) and Sue Johnston (The Royle Family, Downton Abbey) in the brilliantly British madcap comedy, THE MAN IN THE WHITE SUIT, now playing for a strictly limited season at the Wyndham’s theatre.

Adapted and directed by the double Olivier award-winning Sean Foley, this hilarious, fast-paced comedy tells the story of Sidney Stratton (Stephen Mangan) who invents a fabric that never gets dirty and never wears out!

With textile manufacturers and trade unions up in arms what will become of our plucky hero and his controversial invention? Can Daphne (Kara Tointon) the mill owner's daughter save him? Or will it be game over for THE MAN IN THE WHITE SUIT?

Featuring a cast of fourteen, original songs from Charlie Fink (Noah and the Whale), dazzling choreography by Lizzi Gee, plus dizzying flying effects, epic bouts of clog-dancing, a spectacular set from Michael Taylor and scintillating sound effects and incidental music by Ben and Max Ringham, THE MAN IN THE WHITE SUIT must end on 11 January so don’t miss out, book today!

Please note Stephen Mangan will not be performing on 5 December and any performances week commencing 23 December.