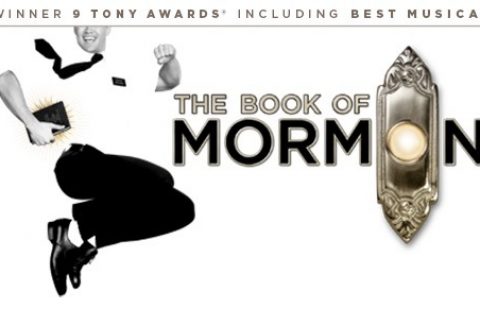 The Book of Mormon

Nine 2011 Tony Awards say The Book Of Mormon is the Best Musical of the Year.

It's The Book of Mormon, the Broadway phenomenon from South Park creators Trey Parker and Matt Stone and Avenue Q co-creator Robert Lopez.

Parental advisory: Explicit language. All persons under 16 must be accompanied by and sat next to the accompanying adult.