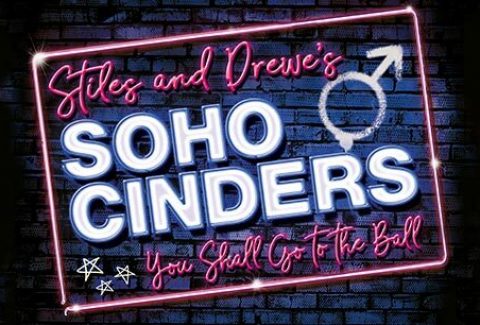 Fabulous fairytale musical Soho Cinders loosely based on the beloved Cinderella is revived for a short run at the Charing Cross Theatre.
OfferWas £38 Now £33 Saving £5
From £23.00
Book Tickets

Valid all performances until 11 January 2019.

When impoverished student Robbie becomes romantically involved with engaged London Mayoral candidate James Prince, his lap-dancing step-sisters become the least of his problems! James and Robbie's worlds collide, forcing them to fight for their own fairy-tale ending. Celebrating London's most colourful district and mixing politics, sex-scandals and true love, Soho Cinders is a deliciously naughty musical update of the Cinderella story with an infectious score that you'll be humming long past the stroke of midnight!

Soho Cinders, with Music by George Stiles and Lyrics by Anthony Drewe (the multi-award-winning writers of the Olivier award-winning National Theatre hit Honk!, who also created a new score for the international smash-hit Cameron Mackintosh/Disney production of Mary Poppins) with Book by Anthony Drewe and Elliot Davis, will run nine weeks at London's Charing Cross Theatre from Thursday 24 October to Saturday 21 December, 2019.

Writers George Stiles, Anthony Drewe and Elliot Davis said: "In 2000, we sat in Regent's Park discussing what we'd like to write next. Honk! had just won the Olivier Award at The National Theatre, and we felt we should choose a subject that challenged us and perhaps took the audience by surprise. We wanted to write about London, why people had become disenchanted by politics, and the complexities of love. We also wanted to write a fable – our story is about a love that blossoms between two people of different backgrounds and generations, and what they learn from each other. Soho Cinders holds a very special place in our hearts; when Elliot came on board as co-bookwriter, it was the start of a very happy creative collaboration which has seen many more adventures around the world. We are absolutely delighted the show is making a return to the heart of our city in Will Keith's production."