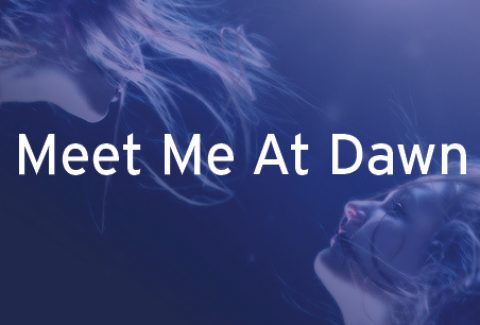 Meet Me At Dawn

Zinnie Harris' Meet Me At Dawn transfers to London's Arcola Theatre following its hit run in Edinburgh.
From £12.00
Book Tickets

Meet Me At Dawn

Multi-award winning writer Zinnie Harris draws on the legend of Orpheus and Eurydice in this gripping tale of devotion and loss.

“I was near to death but I got this incredible surge, this superhuman surge, and I swam. I swam.”

When a boat trip goes horribly wrong, Helen and her girlfriend Robyn find themselves stranded on an island in the middle of the sea. As the night draws in, it becomes clear that the island is not as it first appears. And neither are Helen and Robyn.

Meet Me At Dawn comes to London for the first time in a new production by Murat Daltaban, whose staging of Zinnie Harris’ Rhinoceros (after Ionesco) at the Edinburgh Lyceum won widespread acclaim in 2017.

Unflinchingly honest and tenderly lyrical, it is a modern fable exploring the triumph of everyday love, the mystery of grief, and the temptation to become lost in a fantasy future that will never be.

World Premiere at the Traverse Theatre

Two women wash up on a distant shore following a violent boating accident. Dazed by their experience, they look for a path home. But they discover that this unfamiliar land is not what it seems – and that, though they may be together, they have never been further apart.

Unflinchingly honest and tenderly lyrical, Meet Me at Dawn is a modern fable exploring the triumph of everyday love, the mystery of grief, and the temptation to become lost in a fantasy future that will never be.

Inspired by Orpheus’s desperate reclamation of his wife Eurydice from the underworld, Meet Me at Dawn is written by the award-winning playwright Zinnie Harris and directed by the Traverse Theatre's Artistic Director Orla O’Loughlin.

This production receives its world premiere at this year's International Festival alongside two Zinnie Harris adaptations – Oresteia: This Restless House and Rhinoceros.