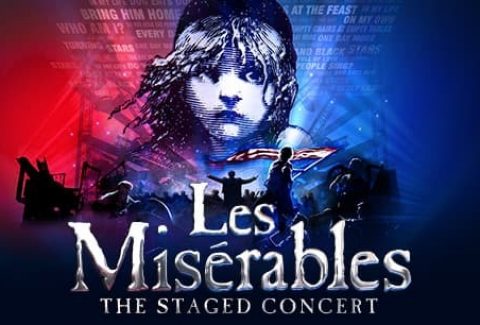 Les Miserables: The All-Star Staged Concert brings Michael Ball, and Alfie Boe together for 16 weeks only at the intimate Gielgud Theatre
From £219.00
Book Tickets

For 16 weeks only Michael Ball (Javert), Alfie Boe (Jean Valjean), Carrie Hope Fletcher (Fantine) and Matt Lucas(Thénardier) will lead a large cast and orchestra of over sixty-five in the concert version of Les Misérables.  Katy Secombe also joins to play Madame Thénardier and for three performances a week, the role of Jean Valjean will be played by John Owen-Jones.  Further casting will be announced shortly.

This spectacular staging of the legendary concert, previously seen in London at the Royal Albert Hall and the O2 Arena, will run from 10 August – 30 November 2019 at the intimate Gielgud Theatre next door to the current home of Les Misérables at the Queen’s Theatre.