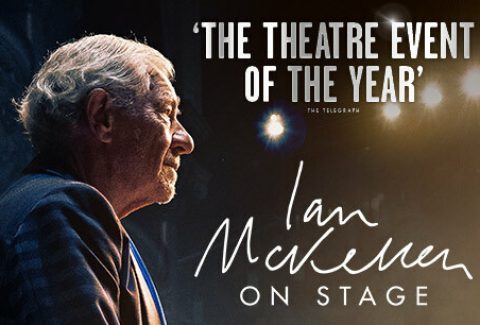 Do not miss Ian McKellen live on stage at the Harold Pinter Theatre
From £10.00
Book Tickets

IAN MCKELLEN ON STAGE IN LONDON
with Tolkien, Shakespeare, others and YOU
Directed by Sean Mathias

“Taking this new Show to 80+ theatres around the country, has been a joyful birthday present to myself. I’ve played mainly in theatres I knew well as a young theatregoer and actor. On my birthday, I was in Bolton Town Hall where my dad used to work. It began last February with 15 theatres in Greater London and will end in Orkney.

Soon I will be back in London, for a limited season in the West End, raising much-needed funds for theatre charities. For each performance at the Harold Pinter Theatre, I’m glad that there will be 80 tickets at just £10.

As for the show? Ask someone who’s seen it. Come and find out.”

“The theatre event of the year” The Telegraph.
‘Warmth, wit and wizardry. In a line of 20th century legends including Gielgud and Olivier. Come one, come all and marvel’ The Telegraph