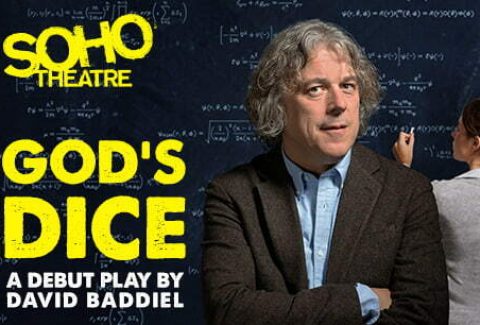 What would happen if someone was able to prove, scientifically, the existence of God?

When Edie, a student in university lecturer Henry Brook’s physics class, seems to do exactly that, his universe – including his marriage to celebrity atheist author Virginia – is rocked.

Science and religion go head-to-head in a ferociously funny battle for power, sex, fame and followers.

Starring Alan Davies (Jonathan Creek and QI), David Baddiel’s debut play is an electric tragicomedy about the power of belief and our quest for truth in a fractured world.