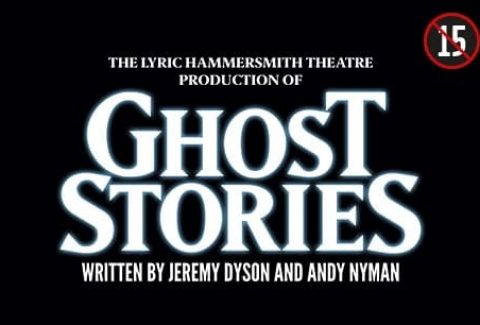 Just when you thought it was safe to go back into the theatre, Ghost Stories returns to London, more intense than ever before.Ghost Stories broke all box-office records at the Liverpool Playhouse and the Lyric Hammersmith before moving into the West End for a 13 month run. Since the West End it has also been produced in Toronto and Moscow, in total it has now scared over 300,000 people worldwide.

A truly terrifying theatrical experience written and directed by The League of Gentlemen's master of the macabre, Jeremy Dyson, and Andy Nyman, co-creator and director of Derren Brown's television and stage shows and star of Dead Set, Severance and Kick Ass 2. Ghost Stories mixes the very best of theatre with the buzz of a thrill-ride, delivering something truly unique. With some new moments of shock, this revival promises more jolts than ever. You haven’t seen horror, until you’ve seen it live…

Please be advised that Ghost Stories contains moments of extreme shock and tension. The show is unsuitable for anyone under the age of 15. We strongly advise those of a nervous disposition to think very seriously before attending. PLEASE NOTE: THERE WILL BE NO RE-ADMITTANCE INTO THE AUDITORIUM DURING THE PERFORMANCE.