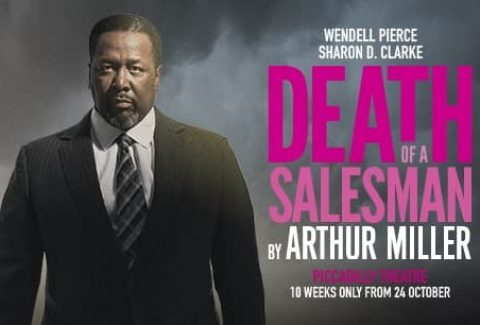 Death of a Salesman

Sharon D. Clarke and Wendell Pierce in Death of a Salesman at the Piccadilly Theatre
From £213.00
Book Tickets

Following a sold out run at the Young Vic theatre, the smash hit, critically acclaimed production of Death of a Salesman transfers to the west end for 10 weeks only

"I don't say he's a great man…but he's a human being, and a terrible thing is happening to him. So attention must be paid. He's not to be allowed to fall in his grave like an old dog. Attention, attention must finally be paid to such a person."

Following her recent award-winning successes on Company and Angels in America, Marianne Elliott co-directs Death of a Salesman with Miranda Cromwell, who worked as Associate Director on both shows. Together, they bring a unique vision to one of the greatest plays of the twentieth century, seen through the eyes of an African-American family.

Children under the age of 5 will not be admitted.