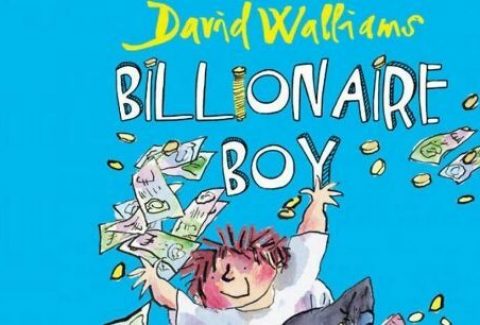 David Walliams' Billionaire Boy is coming to the Bloomsbury Theatre just in time for Christmas!
From £23.00
Book Tickets

Imagine being the wealthiest child in the land!

One-day factory worker Len Spud invents a new loo roll “Bum Fresh – wet on one side, dry on the other”. The wiping-wonder is an instant hit. Len, and his son Joe, become overnight billionaires, turning their lives upside down.

Whilst Mr Spud spends, spends, spends on fast cars, 100-inch TVs, and lavish gifts for his glamorous new girlfriend, Sapphire Stone, Joe is left to fend for himself.

In the unforgiving world of the school playground, things are about to get more complicated. With his new best friend, Bob, at his side, Joe navigates an assult course of school bullies and dangerously inedible canteen food. To make matters worse, is the impossibly pretty new girl Lauren all that she appears to be?

But can money really buy happiness? This hilarious new musical is a triumphant treat for the whole family, based on the bestselling book by David Walliams, and presented by the NST team following their award-winning “whisker-licking treat” Fantastic Mr Fox.

It’s an absolute must-see for theatregoers of any age who love upbeat, feel-good musicals.

A perfect family show at Christmas.

“What a magnificent show! If this production was on Britain’s Got Talent I’d be giving it the golden buzzer! It’s fantastic!”

"The most enjoyable David Walliams stage adaptation yet."

“One of the theatrical highlights of the year”

“Stunning show, which is very much in the Matilda mould”

This production is recommended for ages 6+. Babes in arms are permitted and do not require a separate ticket, but you must inform the box office of their presence on arrival.