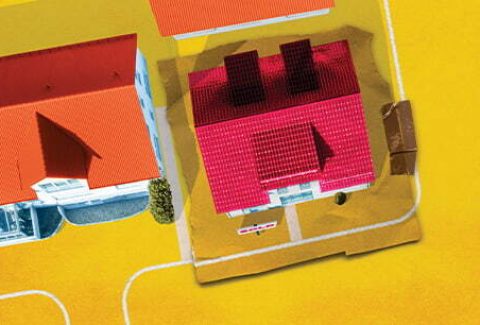 Alex Turner Productions and Trish Wadley Productions in association with Park Theatre present the 10th anniversary revival of Clybourne Park By Bruce Norris Directed by Oliver Kaderbhai — A timely 10th anniversary production of this razorsharp satire about the politics of race and real estate, winner of both the Tony and Olivier Award for Best Play and the Pulitzer Prize for author Bruce Norris. In 1959, Russ and Bev are moving to the suburbs after the tragic death of their son and have sold their house to the neighbourhood’s first black family. Decades later, the roles are reversed when a young white couple buys the lot in what is now a predominantly black neighbourhood, signalling a new wave of gentrification. In both instances, a community showdown takes place – are the same issues festering beneath the floorboards fifty years on? “The funniest play of the year” Evening Standard “Outrageously funny and provocative. A firecracker of a play” Daily Telegraph

**Latecomers will not be admitted.** Please arrive to the theatre in good time. Please bring a face covering which you are required to wear at all times inside the venue, except for when drinking (for as briefly as possible). Be prepared for changes in temperature: To keep a good flow of air through the building we will be using our air conditioning system to full effect, which may make the building and the auditorium colder than usual. Please bring extra layers as required.