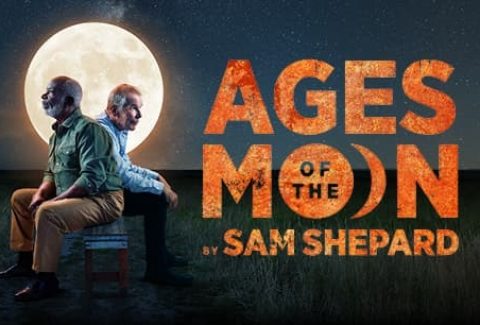 Ages of the Moon

Debbie Hicks presents
AGES OF THE MOON
By Sam Shepard

On a hot summer's night, deep in the American wilderness, Byron and Ames are reunited by mutual desolation. By the fading light of an eclipsing moon, the pair reflect on love and life over a bottle of whiskey – and as old rivalries flare, their forty-year friendship is put to the test at the barrel of a gun.

This atmospheric new production is directed by award-nominated Alexander Lass, whose recent credits include 46 Beacon (Trafalgar Studios) and No Man's Land (West End).

Recommended for ages 14+, children under 10 will not be admitted.