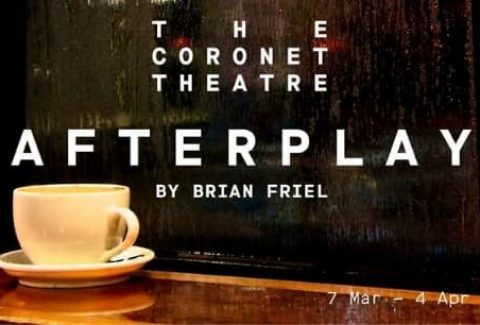 Afterplay at London's The Coronet Theatre tickets on sale now!
From £29.00
Book Tickets

When Andrey and Sonya were young, they were told how their lives should be – marriage, children and happily ever after. Decades later they meet by chance in a Moscow café. Their dreams have given way to a rather different reality.  When they look in a mirror, someone they don’t recognise looks back. In the course of their encounter, they catch sight of what might have been, and the possibility of a different future.

In this masterful one-act play, Brian Friel revisits characters from Three Sisters and Uncle Vanya and makes them his own; hauntingly evoking what might have happened if two of Anton Chekhov’s most iconic characters from two of his greatest plays had met.

A new production for The Coronet Theatre directed by John Haidar.