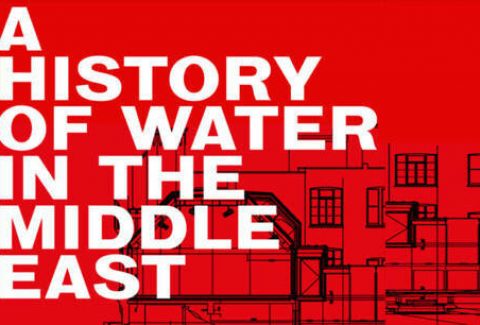 A History of Water in the Middle East

Sabrina Mahfouz brings her bone-chilling new piece A History of Water in the Middle East to the Royal Court this autumn.
From £30.00
Book Tickets

British Egyptian Sabrina Mahfouz grew up with ambitions of being a spy. She has two passports, speaks two languages and has a cultural understanding of two very different countries. But when it came to applying for MI6, it turned out she wasn’t quite British enough.

So now she’s on her own intelligence mission – to explore who really holds the power in and over the Middle East. In a world long obsessed with access to oil, will water soon become the natural resource that dictates control, or has it been all along?

Directed by Stef O’Driscoll, the production journeys across twelve different countries using theatre, poetry and music to share stories of women across the continent. From the British Imperialist ownership of natural resources, to the environmental urgency of the present, water has shaped lives, policies and fortunes – and it will shape all of our futures.

Writer Sabrina Mahfouz has been called ‘Theatrical dynamite’ by The Independent and ‘[one of] our most interesting playwrights’ by Lyn Gardner in The Guardian.

Please note there will be a Q&A session with writer Sabrina Mahfouz after the performance on 22 October. The event will be free with a ticket to that evening's performance and will be captioned live with speech-to-text.